This year’s annual conference of the Georgia Journal of International and Comparative Law will consider a highly topical question: “The Law of Global Economic Statecraft.” Featured will be a keynote discussion by Cornell University historian Nicholas Mulder, author of The Economic Weapon: The Rise of Sanctions as a Tool of Modern War (Yale University Press 2022), as well as panels including more than a dozen experts from around the world.

The daylong conference will take place on Monday, October 24, in the Larry Walker Room of Dean Rusk Hall at the University of Georgia School of Law.

Registration for all aspects of the conference (to be livestreamed for online registrants) here.

“The global economy has been weaponized.  It’s not clear when it happened, or whether it’s even something new, but watching the response to Russia’s invasion of Ukraine has made it impossible to ignore.  With breathtaking speed, a full phalanx of sophisticated economic tools was mobilized against Russia that threatened to sever it from the global economy.  For its, part, Russia demonstrated the continued force of its own economic weapons – its control over substantial supplies of oil and gas.  But the speed with which these tools were amassed was in fact testament to years of experiments and practice.  Economic tools that had been developed to isolate “rogue states,” to fight terrorist networks, and to punish human rights abusers had begun to show how the carrot of the global market could quickly become a lever of influence and a forceful stick.  But these tools gained new prominence as they were refined and redeployed for use in the intensifying economic and geopolitical rivalry between China, the United States, and Europe.

“Is international law prepared for this reality?  Until recently, tools of economic pressure have been left largely to the margins of the discipline, treated at best as the preferred alternative to more regulated fields of military activities, at worst as exceptional tools that could largely be ignored – even in the face of critiques from the Global South and regarding human rights.  While every international law textbook has chapters on the regulation of military activity and economic cooperation, few have standalone sections on sanctions.  International economic law regimes meanwhile struggle to adapt to the realities of ‘geoeconomics’ and ‘weaponized interdependence,’ in which, structures designed to encourage economic cooperation are repurposed as tools of competition and rivalry.

“A reconsideration is long overdue.  This symposium surveys the current state of economic statecraft – the tools in use, their purposes, and their targets.  It explores how they are or should be regulated.  But most importantly, it seeks to put today’s economic statecraft in historical, political, and legal context asking critical questions about the international order they reflect and the international order they might require.”

The day’s events are as follows:

Speaking on this 1st panel:

Speakers on this 3d panel:

2:40-3:55 pm Keynote Book Discussion on “The Economic Weapon: The Rise of Sanctions as a Tool of Modern War”

“To ensure support for its Global War on Terror, the United States has exploited the Pakistani government’s reliance on foreign credit to guarantee cooperation in US counterinsurgency operations. In leveraging its role as a lender to provide Pakistan with short-term financial relief, the United States has deepened Pakistan’s economic dependency, undermined the nation’s chance for a more equal domestic political and economic arrangement, and consolidated the power of its domestic military elite.”

Dr. Laura Phillips Sawyer, Associate Professor here at the University of Georgia School of Law, earlier this month presented her most recent scholarship, related to law and extraterritoriality, at the Antitrust Division of the U.S. Department of Justice.

Phillips Sawyer’s research paper, entitled “Jurisdiction Beyond Our Borders: United States v. Alcoa and the Extraterritorial Reach of American Antitrust, 1909–1945,” offers a historical explanation for the origins of antitrust extraterritoriality.

The 1945 decision of the U.S. Court of Appeals for the Second Circuit in Alcoa is famous in antitrust law for several reasons. To be precise, it:

Although each of those contributions has incited legal commentary and critique, Judge Learned Hand’s decision to redraw the territorial application of U.S. antitrust has remained largely unexamined.

The essay will appear in American Democracy and Antimonopoly, a Tobin Project publication, edited by Professors William Novak and Daniel Crane. Additionally, it will play a major role in the first chapter of Phillips Sawyer’s next book, which explores the macroeconomic pressures on American antitrust law and policy. Her first book, American Fair Trade: Proprietary Capitalism, Corporatism, and the ‘New Competition,’ 1890-1940, was published by Cambridge University Press in 2018.

Professor Melissa J. “MJ” Durkee, the Allen Post Professor of Law here at the University of Georgia School of Law, was among the scholars and practitioners who took part in a panel entitled “Business Engagement in Global Governance” during International Law Weekend, the 99th Annual Meeting of the American Branch of the International Law Association. Typically held in New York City, because of the coronavirus pandemic this year’s ILW took place online.

Many international organizations are now partnering with business groups, seeking expertise, corporate engagement with important issues, and funds. While public-private partnerships can seem indispensable, the danger of undue influence is real. This roundtable will discuss cutting-edge efforts by international organizations to capture benefits of business participation while restraining harms, and how past experience may offer lessons for future challenges.

Harlan Cohen, who is Gabriel M. Wilner/UGA Foundation Professor in International Law and Faculty Co-Director of the Dean Rusk International Law Center here at the University of Georgia School of Law, recently presented his paper, “Nations and Markets,” in the International Economic Law and Policy work-in-progress seminar.

His talk was based on the book that he is currently writing, which is due to be published by Oxford University Press next year. 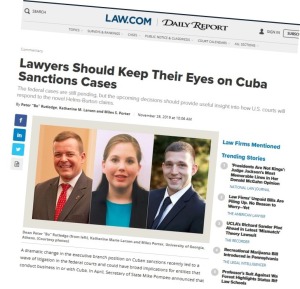 Recent change in US policy toward Cuba is the subject of a new commentary by the dean and 2 student researchers here at the University of Georgia School of Law.

The article examines the potentially “broad implications for entities that conduct business in or with Cuba” that may follow from the announcement earlier this year that a portion of the mid-1990s “Helms-Burton Act would no longer be suspended, thereby allowing U.S. nationals to file lawsuits against any individual or entity that ‘traffics in property expropriated by the Cuban government.”

The full commentary is here.

Cohen spoke on “Nations and Markets” as part of a plenary panel entitled “The Public and the Private: Security Concerns and the Future of International Economic Governance.” 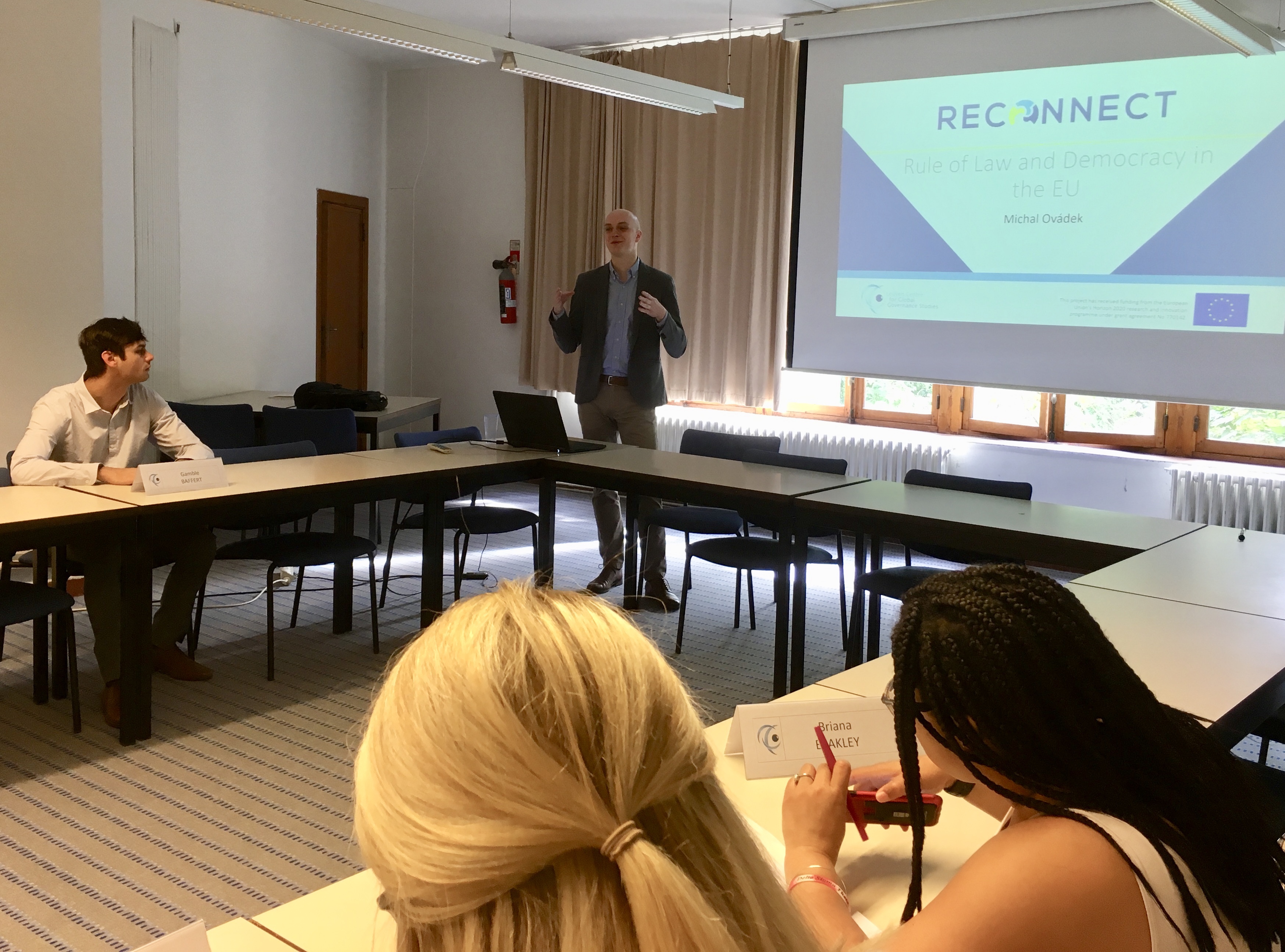 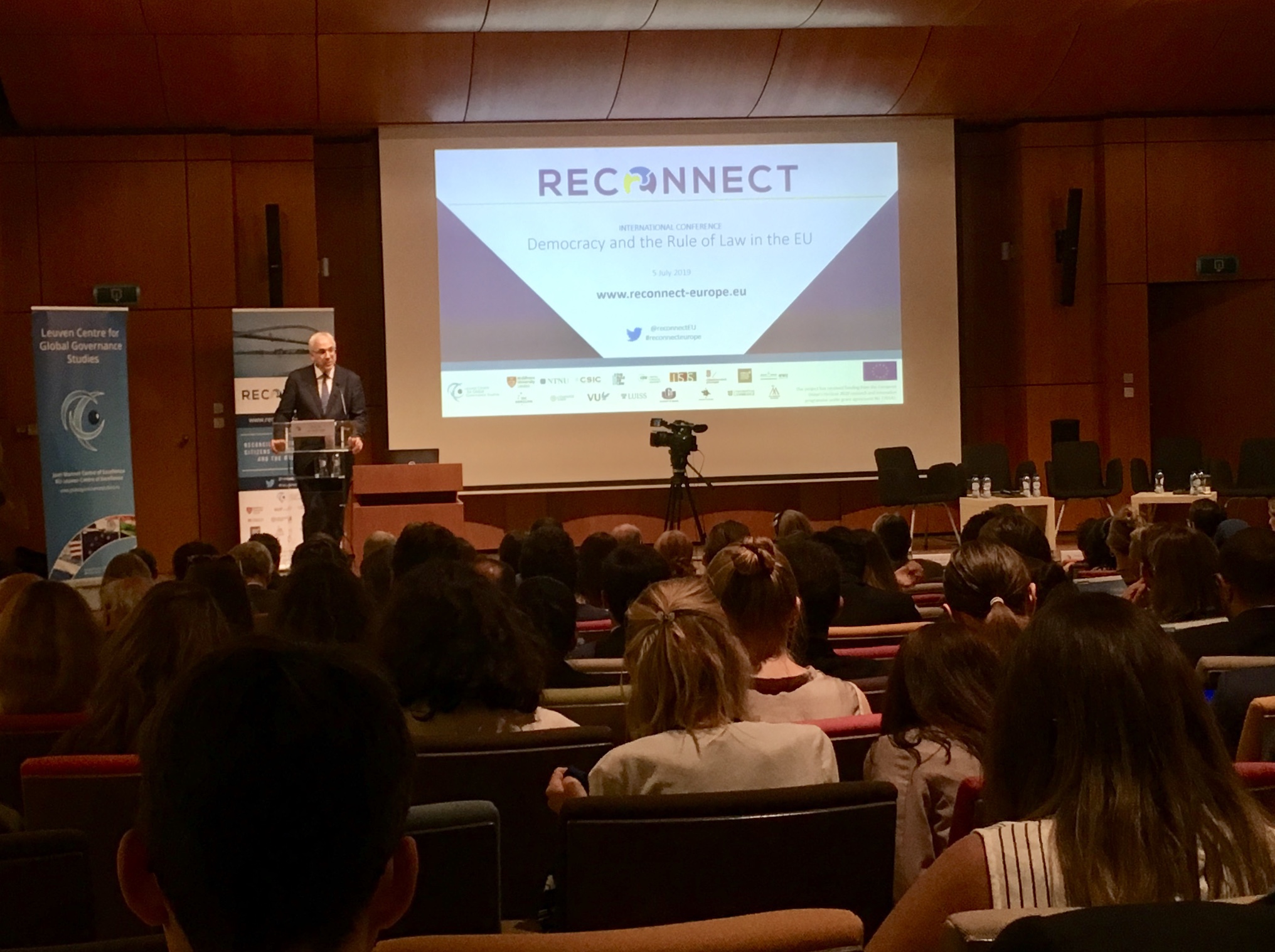