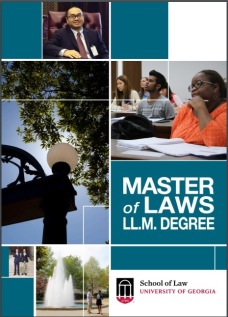 Did you miss our recent information session in Atlanta about the Master of Laws (LL.M.) degree at the University of Georgia School of Law? In case you did, there’s another opportunity to find out more!

Foreign-educated attorneys are invited to join Laura Tate Kagel, Associate Director for International Professional Education, for a free webinar on the LL.M. degree on Wednesday, March 7, 2018, from 12:00-12:50 p.m. (Eastern time – U.S. and Canada).

Topics to be discussed during the presentation include:

The LL.M. is a one-year, full-time degree designed for lawyers who trained in countries outside the United States and wish to study at the University of Georgia School of Law, a 159-year-old institution that is consistently ranked among the country’s top law schools. Explore the Georgia Law LL.M. degree here. 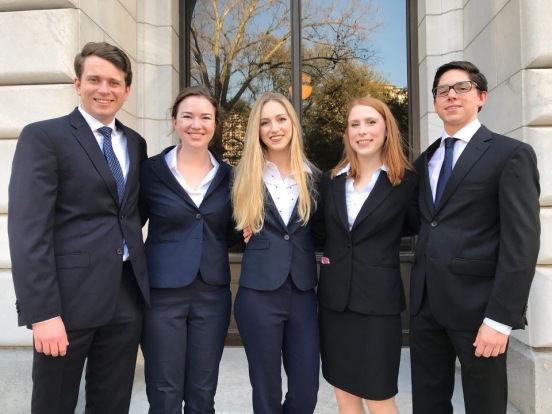 Members of our University of Georgia School of Law team are competing this week in New Orleans regional rounds of the Philip C. Jessup International Law Moot Court Competition. They’re part of a 59-year-old tradition, in which law students enact the presentation of arguments before the International Court of Justice, the Hague-based judicial organ of the United Nations.

In New Orleans and in cities across the globe, teams from more than 645 law schools, representing 95 countries, are arguing this year’s Jessup dispute, Case Concerning the Egart and the Ibra (People’s Democratic Republic of Anduchenca v. Federal Republic of Rukaruku).

We at Georgia Law’s Dean Rusk International Law Center have enjoyed working with this talented team of students throughout this academic year, and we wish them the best of luck in this year’s contest. 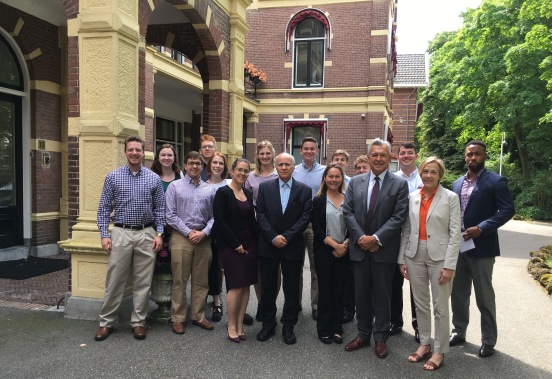 The sudden news of the passing of my dear friend and colleague, Dr. David Caron, fills me with sad thoughts and happy memories.

Years ago, when I was starting out in international law, David – then a chaired professor at Berkeley, the law school an hour’s drive from my own – was a pillar of support. He was the 1st scholar to accept my invitation to speak at the 1st conference I organized, anchoring debate on “Reconstruction after Iraq” and publishing in our Cal-Davis journal an important analysis of claims commissions as a transitional justice tool.

Warm and witty, David once sent me a handwritten note of thanks for the “lovely bouquet” of pre-tenure reprints he’d received from me.

Both of us transplants from Back East, David and I shared an enthusiasm for California and enjoyed helping to cultivate a close-knit Left Coast international law community – even as we took part in events and activities across the globe.

David’s achievements truly are too numerous to mention. Among many other things, he was an inspiring President of the American Society of International Law, from 2010 to 2012. About the time he completed that term, he took emeritus status at Berkeley, and he and his wife, Susan Spencer, embarked on new adventures – 1st as Law Dean at King’s College London.  (A distinguished international arbitration specialist (see GAR obituary here), he had practiced at London’s 20 Essex Street Chambers since 2009. David, a proud graduate of the U.S. Coast Guard Academy, also was a noted expert on the law of the sea.) In 2016, he was appointed a member of  the Iran-United States Claims Tribunal.

It was in this last capacity that I last saw David. The Global Governance Summer School sponsored by my current institution, the Dean Rusk International Law Center at the University of Georgia School of Law, brought us to The Hague not many months ago. The highlight of our legal-institution briefings was the half-day we spent as David’s guests in the lovely mansion that houses this 37-year-old claims tribunal. (It was not his 1st visit with Georgia Law students; David took part in our International Colloquium in 2008, and in the ASIL Midyear Meeting we hosted in 2012.)

With breaks for tea and biscuits – David was ever the gracious host – our students were treated to a candid discussion between David and Dr. Hossein Piran, Senior Legal Adviser. The two had served as tribunal law clerks years earlier, and the respect they showed one another provided an invaluable lesson about the promise of civil discourse and of the pacific settlement of international disputes.

That lesson is a most fitting way to commemorate David’s passing. 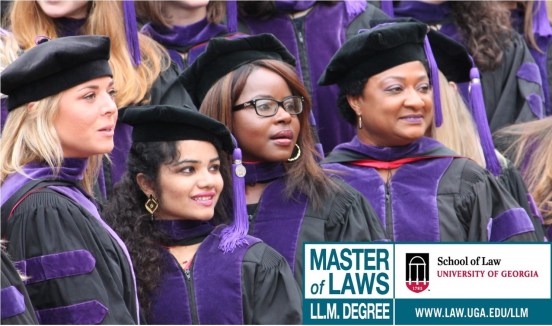 Persons who’ve completed law studies overseas are invited to learn about earning a University of Georgia School of Law Master of Laws (LL.M.) degree at a free information session this month at Georgia Law’s Atlanta campus, located in the Buckhead area.

The LL.M. is a one-year, full-time degree designed for lawyers who trained in countries outside the United States and wish to study at the University of Georgia School of Law, a 159-year-old institution that is consistently ranked among the country’s top law schools.

Georgia Law LL.M. candidates study alongside J.D. candidates. Each LL.M. student pursues a flexible curriculum tailored to his or her career goals, including preparation to be eligible to sit for the Georgia or other U.S. bar examination. Details about this decades-old initiative may be found at our website and in posts at this blog of the Dean Rusk International Law Center, the law school unit that administers the LL.M. degree.

Interested persons are invited to register at no cost. Light refreshments will be served.

We look forward to seeing you and answering your questions there! 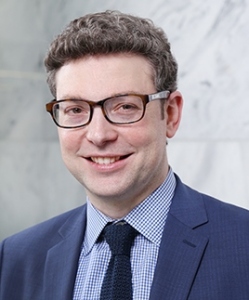 Harlan Grant Cohen, the Gabriel M. Wilner/UGA Foundation Professor in International Law and Faculty Co-Director of our Dean Rusk International Law Center at the University of Georgia School of Law, has posted a chapter entitled “Multilateralism’s Life-Cycle,” which will appear in a forthcoming issue of volume 112 of the American Journal of International Law.

The manuscript, which forms part of our Dean Rusk International Law Center Research Paper Series at SSRN, may be downloaded at this SSRN link.

Here’s the abstract for this essay by Professor Cohen, an expert in global governance and member of the AJIL Board of Editors: