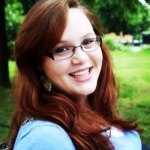 It’s our pleasure today to publish this post by Megan Alpert, a member of Georgia Law’s J.D. Class of 2018. Along with 2 other students who posted yesterday, Megan recently took part in the 5th annual conference of AtlAS, the Atlanta International Arbitration Society. She served as a rapporteur for a roundtable on “The Rise of Third-Party Funding: Flattening the Playing Field between Haves and Have-Nots?,” featuring attorneys Carlos Forbes (Center for Arbitration and Mediation of the Chamber of Commerce Brazil-Canada and Mundie Advogados, São Paulo, Brazil), Andrea Menaker (White & Case), Eloise Obadia (Derains & Gharavi), Lawrence S. Schaner (Jenner & Block), and Tim Scrantom (JD’83) (Scrantom Dulles International), and moderated by John Watkins (JD’82) (Thompson Hine). Reflecting on this panel, Megan (above left) writes:

Atlanta’s infrastructure and legal framework have made it a major seat for international dispute resolution. To secure that position and foster its continued growth, the Atlanta International Arbitration Society (AtlAS) facilitates a conference where representatives of the international legal community discuss various topics relating to international arbitration. I had the privilege of attending the 5th annual AtlAS conference, “International Arbitration in a Not So ‘Flat’ World: Practical Considerations for Counsel and Their Clients.” Here are some things I learned from the panel for which I served as student rapporteur:

► This particular panel focused on the role of third-party funding in cases of international arbitration. Third-party funding, or more simply “TPF”, is a process by which a claim-holder, either on its own behalf or by means of an attorney, approaches and asks a third-party funder to take an interest in the case by agreeing to provide the funds necessary to carry the case forward. The need for TPF typically stems from the so-called “David versus Goliath” cases, in which claim-holders are practically barred from bringing or defending a case because of a lack of funding.

► TPF agreements involve large investments of capital and large amounts of risk, so it’s no surprise that the “reward” sought by third-party funders is also quite substantial. The typical matrix for the funder is a contingency fee split between a fixed and variable return. Often, the funder not only wants to see its capital returned, but also wants to receive a multiple of that investment dispensed on a preferential basis. The fixed return is typically phrased as “investment plus 200%” or “three times capital invested.” The variable return, on the other hand, is roughly 10%-15% of the final award. This arrangement is, in some respect, a means of obviating the risk of not getting paid, but also insuring that some of the risk remains with the firm so they maintain an interest in the case.

► Challenges with TPF present themselves mostly on the battlefield of professional ethics. Panelists alluded to specific challenges for attorneys and their firms, such as:

It ultimately depends on the characteristics of the specific tribunal but, in general, these hurdles are not insurmountable; rather, they are areas for exercising caution. They require parties to cross every ‘T’ and dot every ‘I’.

► From the point of view of a third-party funder, the biggest issue seems to be in understanding the legal jargon and its minutiae. The difference in “privilege” and “work product” seems to be especially troubling. Third-party funders operate outside the bounds of the attorney-client relationship, and may themselves seek opinions or advice from outside counsel. It’s extremely important that all parties pay close attention to the transfer of documents as well as communications in this web of relationships. To properly operate with these challenges, an attorney will most likely require a confidentiality agreement involving the third-party funder and assurances of protection from any outside counsel having knowledge of the matter. This agreement seeks to make sure none of the parties improperly turns over protected work-product and that there isn’t any leakage of confidential or privileged information once it passes beyond the bounds of general attorney-client privilege.

Panelists broke down the issues into understandable bite-sized pieces, yet still managed to tackle the tough and more technical issues. They brought to light common issues and misconceptions of the use of third-party funding in hopes of correcting any misunderstandings and encouraging those who may have previously been on-the-fence to not shy away from this avenue for funding. Because of their diverse backgrounds, panelists were also able to provide different perspectives on the issues, including the international application of third-party funding for non-US tribunals. All in all, this panel was incredibly informative – especially considering I had absolutely no idea what TPF was prior to my arrival.