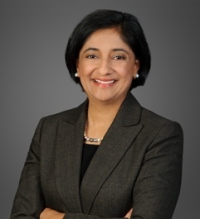 On behalf of a member of our Dean Rusk International Law Center Council, we’re pleased to announce an upcoming event:

Alumna and Council member Anita E. J. Ninan (above), who is Of Counsel at Arnall Golden Gregory LLP in Atlanta and Advocate, Bar Council of Delhi, India, serves on the conference committee for this group – which, she writes, is

“the global outbound immigration section of AILA and includes foreign attorneys and legal practitioners as its members.” 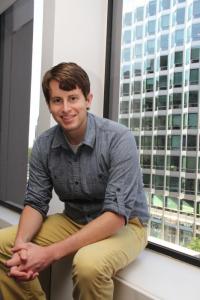 The post, which is drawn from a longer version here, argues for reform of the FISA (Foreign Intelligence Surveillance Act) Amendments Act of 2008, commonly known as Section 702, and relied upon by the country’s intelligence community, or “IC.” It concludes:

“Section 702 is a valuable intelligence tool that exhibits some significant deficiencies in its protections for U.S. persons in a law enforcement context and for U.S. competitive interests abroad. Policymakers should craft reforms that guard against the misuse of Section 702 by law enforcement and redefine the relationship between the IC and tech companies. As they do so, policymakers can ensure that Section 702 continues to fulfill its vital national security functions while also respecting the civil liberties and corporate interests of U.S. persons and companies. “

Ashcroft (above left) is a Fellow for National Security at Third Way, a centrist thinktank in Washington, D.C. While a law student, he served as Research Assistant to Professor Harlan G. Cohen, served as Director of Legislative Research for State Rep. Spencer Frye, interned at the ACLU of Georgia, and was a Google Policy Fellow, working on cyber issues, at D.C.’s American Enterprise Institute. Ashcroft wrote the Lawfare commentary with Mieke Eoyang, Vice President for Third Way’s National Security Program. 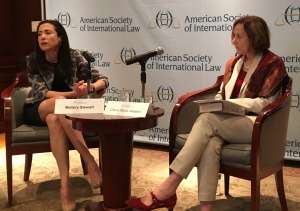 At first blush, today’s security challenges may seem familiar. Yet they are new – emerging, in U.S. State Department parlance – because of the novel ways in which those challenges present themselves.

Stewart pointed to technological change, in outer space and elsewhere, as one of the emerging challenges. Within this category was what is essentially garbage; that is, the debris left in outer space by state actors and, increasingly, nonstate/commercial actors, whose celestial flotsam and jetsam continue to orbit and present hazards to active satellites, space stations, and the like.

Another challenge is dual-use technology. Items as seemingly innocent as chlorine – a chemical essential to everyday cleaning – can become a security threat when deployed as a weapon, as is alleged to have happened during the ongoing conflict in Syria.

Yet another is ubiquity, the reality that technologies, such as cyber capabilities, are, literally, everywhere, and thus not easy to contain.

Containment – regulation – thus is difficult both to design and to effectuate. With regard to dual-use technologies, for instance, Stewart posed questions of intent: How, exactly, does one define and identify the moment that an innocent item is transformed into a weapon? What about attribution – in areas like cyberwarfare, how can the perpetrator be identified? How can attacks waged with such weapons be prohibited in advance?

Stewart gave due respect to the 20th C. arms control treaties that form the core portfolio of State’s Bureau of Arms Control, Verification & Compliance, where she practices. Nevertheless, stressing global interdependence, she stressed the need for more nimble forms of international lawmaking. To be precise, she looked to mechanisms of soft law, such as codes of conduct, as ways that states and other essential actors might develop norms for responsible behavior in the short term. In the longer term, if the internalization and implementation of such norms should prove successful, eventually legally binding treaties may result.