Jason A. Cade, J. Alton Hosch Associate Professor of Law and Director of the Community Health Law  Partnership Clinic here at the University of Georgia School of Law, has secured a $10,000 Flom Incubator Grant from the Skadden Foundation to address the impact of the COVID-19 pandemic on immigrant families and other vulnerable communities in Athens, Georgia, and surrounding rural areas.

The grant will enable Cade and a coalition of partners to develop and launch a model for remote screening, advice, and advocacy, aimed at addressing these communities’ most pressing needs for civil legal assistance. If successful, the model could be expanded to other communities, in Georgia and elsewhere, both during and beyond the current pandemic.

Named after a late partner of the Skadden law firm, Flom Incubator Grants support novel legal projects undertaken in the public interest by former Skadden Fellows – like Professor Cade, who, before joining the Georgia Law faculty, was a Skadden Public Interest Fellow at The Door, a New York-based nonprofit dedicated to the development of young people.

Pleased today to welcome a contribution from Elizabeth Weeks, Associate Dean for Faculty Development and J. Alton Hosch Professor of Law here at the University of Georgia School of Law. Weeks concentrates her teaching and scholarship in fields of law related to health care. In the post below, she introduces her new co-authored book, which will be of great interest to all concerned about the human right to health. It will be the subject on Wednesday, February 27, of a Georgia Law book panel featuring Law Professors Jennifer Bennett Shinall of Vanderbilt, Stacey Tovino of Nevada-Las Vegas, Ani Satz of Emory, and Nicolas P. Terry of Indiana-Indianapolis.

I am delighted to announce the recent publication by Cambridge University Press of my book, Healthism: Health Status Discrimination & the Law, co-authored with Jessica L. Roberts, Alumnae College Professor in Law  and Director of the Health Law & Policy Institute at the University of Houston Law Center.

Healthism proposes a new protected category – the unhealthy – and examines instances of discrimination against the unhealthy in multiple contexts:

Our book considers these and a host of other examples. It concludes that some operate as normatively wrong – or “healthist” – laws, policies, or practices. Others, however, are not only permissible, but also may be desirable, inasmuch as they encourage or support healthier lifestyles.

This book’s most important contributions are:

The genesis of our healthism project was the Patient Protection and Affordable Care Act of 2010, or ACA, which largely prohibits health status discrimination in health insurance in the United States.  Specifically, the ACA prohibits insurers from denying coverage based on preexisting conditions or charging higher premiums based on individual risk factors.

In 2010, single-payer health system, or a national health system, or even “Medicare for All,” were (and likely remain) political nonstarters in the United States. President Barack Obama’s signature law, the ACA, instead effected a sort of mandatory mutual aid society, a compelled communitarian approach, to health care.  In order to ensure that coverage for the unhealthy remained affordable, the law required most Americans to obtain health insurance – whether through eligibility for a government program or employer-sponsored plan, or by purchasing on the individual and small-group market – with government subsidies for some.

As of January 1, 2019, however, a critical pillar of that legislative design has been removed:

According to the Tax Cuts and Jobs Act, or TCJA, a law enacted in November 2017 under President Donald J.  Trump, the tax penalty associated with the so-called individual mandate no longer applies.  Americans now again are free to “go bare,” without any health insurance, or to purchase short-term, catastrophic-only, or other high-deductible/low-premium, limited coverage.  Many plans on the market still operate with the antidiscrimination provisions and other protections required by the ACA; however, no one any longer is compelled to purchase them.

The effect may well be to make those plans less affordable for the unhealthy – those who most need comprehensive coverage.  TCJA is just one of several U.S. reforms that threaten to erode legal protections for the unhealthy and so to reintroduce legal and social acceptance of healthism.

Our book stops short of proposing a model law or draft constitutional provision to comprehensively address this problem. Instead, it offers readers a workable rubric to navigating the shifting landscape of permissible and impermissible health-status discrimination.

It’s our pleasure to publish this post as part of our series inspired by “Humanity’s Common Heritage,” our recent conference on the 2016 ICRC Commentary on the First Geneva Convention. The author is Nicholas W. Mull, a Columbia Law LL.M. candidate who served till mid-2016 at the Pentagon, as an International & Operational Law Attorney, Head Operational Law Department, U.S. Marine Corps, Office of the Judge Advocate General of the Navy. Mull, a conference participant, writes:

from “acts harmful to the enemy” and the extent of the right of self-defense. These are the concerns of medical providers in the field at the tactical level that are typically ignored.

These concerns are directly addressed in the ICRC’s recent updated commentary for the first Geneva Convention (GC I). While there are several opinions in the commentary that are, arguably, in error, for brevity, this post will only touch on one tactical concern. The commentary asserts that medical personnel may only carry “light individual weapons” without losing protected status, which is in error for several reasons:

As a preliminary issue, it is vital to interpret Article 21 of GC I, which provides for the sole reason by which protected medical personnel and establishments may lose protected status: commission, “outside their humanitarian duties, [of] acts harmful to the enemy.” The operative condition of “harmful to the enemy” requires a purposeful act that in of itself has caused harm to the enemy’s ability to conduct legitimate military operations. This is not to say that it is a high threshold to meet, but merely that it must actually cause a real definable present harm to the enemy and that it is intended to cause such harm, e.g. utilizing a field hospital to shelter “able-bodied combatants.” This standard should also be understood as more expansive than the direct participation in hostilities (DPH) standard used for determining the loss of protected status of civilians, specifically as it includes both direct and indirect actions. The generally expansive nature of this standard necessitated Article 22 of GC I, which covers actions that may not be considered as “acts harmful to the enemy” such as, inter alia, arming medical personnel.

Turning to the issue of arming medical personnel, the updated commentary concludes that medical personnel are only authorized to carry “light individual weapons” and that to possess crew-served weapons (CSW) results in the “loss of specific protection of the military medical unit.” The qualification of “light” and “individual” is a noticeable addition in the 2016 commentary that is absent from the 1952 Pictet Commentary. This addition presents unnecessary danger to medical personnel in contemporary conflicts of which reciprocity can no longer be presumed.

From a textual analysis, Article 22 makes no condition regarding the quality or quantity of the arms that medical personnel may posses; it only presents a limitation on the employment of the weapons for self-defense. Looking to the 1952 Pictet Commentary, it focuses exclusively on the purpose and permissible use of the arms.

Despite the clear meaning of the text of Article 22, which is free from ambiguity, the 2016 commentary draws an inappropriate analogy to Article 13 of Additional Protocol I (AP I), which states that the equipping of civilian medical personnel with “light individual weapons” would not be considered an act harmful to the enemy. Article 13 of AP I was not an attempt to clarify any ambiguity of Article 22, but was instead pertaining to a completely different class of personnel. Further, it is a highly illogical inferential leap to assume that States would want civilians being armed to the same degree as military medical personnel that are subject to the high standards of discipline of a uniformed service.

States must be able to arm their medical personnel to the degree as they see fit to counter the likely threats to medical personnel in a theatre of operations. Certainly, such arms may only be used in self-defense, but to limit medical personnel to side arms and small assault rifles while the enemy or “marauders” attack them with CSW and other anti-material weapons is unjust.

To paraphrase Pictet in his Commentary, it is not proper to require medical personnel to be the sacrificial lamb to unlawful actions of the enemy or criminals.

It is not hard for a combat experienced individual to envision situations in which medical personnel may have a need to defend themselves with CSW and anti-material weapons. For example, field hospitals may be present in a combat zone in which enemy tactics could include suicide vehicle borne improvised explosive devices (SVBIEDs). To personally defend themselves as well as their patients this scenario may require the use of a .50 caliber machine gun—a weapon primarily designed for anti-material purposes—to subdue the imminent threat to life. 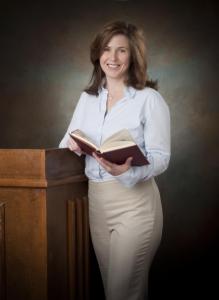